How well has Online Dispute Resolution (ODR) been implemented in different parts of the world? Online dispute resolution has been in existence since 1995 when the first “Virtual Magistrate Court” was launched. Since then, a lot of work has been done in this field. This blog will walk you through the current scenario of ODR in different parts of the world.

Most of the ODR development took place in the United States of America and Canada. Peopleclaim, virtualcourthouse, arsresolution are some common examples. Another one is eQuibbly that is one of only a few Online Dispute Resolution services in North America focused exclusively on online arbitration.

One of the most successful examples of ODR provider there has been Modria. It’s founder, Colin Rule, directed the eBay and PayPal ODR systems from 2003 to 2011. Officials in Ohio are using Modria’s software to resolve disputes over tax assessments and a arbitration association in New York has used it to settle medical claims arising from certain types of car crashes. In the Netherlands, it is being used to guide people through their divorces. (source)

The Sports Dispute ResolutionCenter of Canada (SDRCC), the body taskedwith handling mediation and arbitration of all sports-related disputes with athletes who belong to, or participate in, a Sport Canada related organization, has long facilitated dispute resolution processes at a distance via telephone and email communications. (source)

The Distance Family Mediation Project has been an important initiative regarding the feasibility of integrating ODR principles into the context of family mediation was piloted by the British Columbia Mediator Roster Society, between May 2009 and February 2010.

Since 2004, Europe has, been at the forefront of ODR development and a leading centre for ODR research and discussion. At present, the current state of the art of ODR in Europe constitutes an opportunity to in still realism into the enthusiastic forecasts whilst still making significant progress with making ODR services the default systems to resolve online disputes as well as colonizing off-line domains. (Source)

One successful example is “The Mediation Room” which carried out a 25 case pilot funded by the Ministry of Justice in England in which two mediators employed by the court used a dedicated online mediation platform that were awaiting final hearing in the Small Claims Court. The platform replicates face to face mediation by providing discussion areas for both open discussion between all parties and private discussion between each party and the mediator. (Source)

Europe has also taken the lead by introducing the ODR legislation. It requires each business organization to have an ODR platform for resolving disputes. The ODR platform will become operational on 9 January 2016 and will be made accessible in stages. It will become accessible to consumers and traders on 15 February 2015.  This might be the beginning of a revolution in the judicial system. 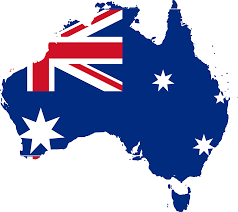 The Family Court of Australia has been equipped with modern technology to assist it to support the resolution of family disputes. For example, the e-Filing mechanism for divorce through the Commonwealth Courts Portal is an important development that also supports ODR in the family sector. The Commonwealth Court Portal enables litigants, lawyers and law firms to file supplementary documents-related to family law matters. (Source)

Consumer Affairs Victoria (CAV) is another initiative which provides a partial ODR environment. Not only does it provide full support packages for those involved in consumer disputes, it also provides for lodging of complaints in an online environment.

It is clear that Online Dispute Resolution(ODR) has grown significantly in response to local and international factors within Australia over the past decade.

Instituto Latinoamericano de la Comunicación Educativa, the Latin American Institute of Educational Communication in Mexico (ILCE) created its ODR Regional Program for the Digital Economy, which is associated with another ILCE initiative called eConfianza, which promotes the use of a trustmark, including a reputation system, as well as an auto-regulation framework for e-commerce. As ILCE’s mission is to promote the development of the Digital Economy in Latin America. This institution has decided to assume the challenge of leading and assisting the implementation of ODR services regarding disputes arising from e- and m-commerce to meet the needs of online consumers and vendors at a regional level. Also, by specializing in the field, the institution seeks to promote and assist implementation of different ODR services for a variety of different contexts and needs. (source)

In 2008 the Mexican Consumers’ Protection Agency created Concilianet, an e-government service for consumers which offers online mediation. It has been recognized in Mexico as one of the best e-government services available. The system is still only available for claims against previously registered companies. (source)

In the field of domain names and trademarks’ disputes, the service offered by the Cibertribunal  is ODR, and is the first regional organization to bring ODR services for these kinds of disputes. There is a lot still to do, especially in terms of spreading the centre’s activities and services among relevant stakeholders. The total cases managed until the end of 2010 were 16. (source)

Another important initiative is the ODR Latinoamerica that is a social network, created at the end of 2008. It was created for conflict resolution professionals to be able to exchange knowledge and experience and to learn about the application of ICT to the ADR field. (source) 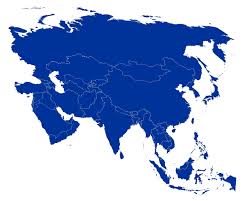 It is unequivocal that Japan is a world leader in ICTs. They have taken several initiatives for the conduct of B2B and B2C e-commerce transactions. One of the most successful accomplishments was online application or case filing, such as the online case filing system operated by the Ministry of Justice. (Source)

In India, ODR is still in the nascent stage. The work is still in progress at the Beta stage. Organizations like ‘perryforlaw‘ and ‘ODRIndia‘ are currently working on it. They are building software for bringing alternate disputes mechanisms online. National Internet Exchange of India (NIXI) is using online arbitration for resolving domain name disputes. Modria has a support branch office in Chennai also.

United Nations Commission on international trade law (UNCITRAL) has been conducting sessions in different countries since the year 2010 on ODR.  32 such sessions have taken place. The annual online conference on Online Dispute Resolution (ODR), “Cyberweek” was conducted on 7th September, 2015. You can also find the list of ODR providers in the world here. A lot of work needs to be done.

A lot of work has been done in this continuously evolving field of law. The potential of ODR is being realized around the world.There is no denial that the future of dispute resolution lies here.

Why should I read this blog?
Introduction to ODR
Mediation as a Profession in Modern Legal System: An Economic Analysis
1995-2015: 50 Key Events In Evolution Of Online Justice System